The Lady of hurling bay 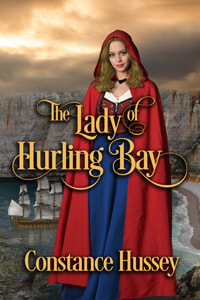 The publication of a new book is always an exciting event for an author. “The Lady of Hurling Bay” is doubly so as it is the final in a loosely knit three book series and long overdue. Being thoroughly intimidated by Captain Carlisle’s chosen profession as the captain and owner of a trading vessel—an unorthodox choice for an English gentleman—it took some years before I felt comfortable writing a story where sailing ships and sea life formed so integral a part of the character’s lives.  However, the challenge was finally undertaken and I believe that you will enjoy reading about Lady Alinor and her charmingly irresistible sea captain. My apologies to those readers far more knowledgeable about sailing and ship than I am for any errors. “The Lady of Hurling Bay” follows “An Angel for St. Clair” and “An Inconvenient Wife.” Jasper Carlisle shares a deep, long-time friendship with Devlin St. Clair, Lord Lynton, and Nickolas Blackwell, Lord Westcott. The intrepid boyhood trio grew into strong, honourable men who live and love well. All had obstacles to overcome on the path to happiness, some painfully tragic, yet all succeeded in finding true love and the family they craved.
Captain Jasper Carlisle
A man couldn’t ask for a better life than the freedom to sail where the winds and trade took him, with a fine ship under his feet, a lively crew, and the occasional mission for the British government to add some spice. Settling down on land with a wife and family was never in his plans—until a chance encounter with a beautiful lady and a stroke of ill-fated tragedy turns his well-ordered life inside out and forces him to make a choice that will forever change his future.
Lady Alinor
As much a force of nature as the storm that drove his battered ship into her hidden bay, the bold captain captured her heart the moment they met. They shared a love neither of them could deny. Yet she was of the land and he the sea, a division he believed an impossible barrier to permanence.
Alinor had a different conclusion in mind.